Fictional characters sometimes start out with real inspiration, but not often, in my experience.  Sometimes, like with Duncan, I recognized Duncan when I saw David James Elliott for the first time. When Althea was making sweet potato pie and telling Lillian some family history, I heard Irma Hall’s voice before ever seeing her, and when I described Brenda Ann’s personality and smile, I realized I was describing Nichelle Nichols from the program I had just watched. The character of Mark Seaton was only supposed to antagonize my main characters and set off a chain reaction that initiated much of the action in the novel. But while I was writing those scenes, Thor and the Avengers was often playing in the background and … well, Tom HIddleston’s voice got into that character and even though it complicated matters significantly, he evolved! 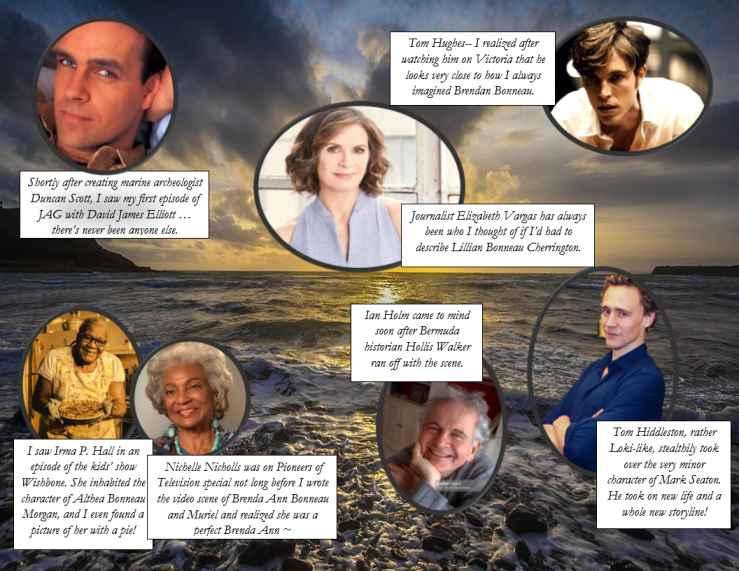 It is always wonderful when characters start to live and breathe, whether or not they can be compared to or described by the appearance of someone else.